Through the complexity of the media transition, the ways of people interacting with each other are no longer mutually exchange symbols that are interpreted as being meaningful. So my goal is to develop social engagement through live music. The expected result should bring its audiences who share the same resonance with a certain type of music into an interactive community, stimulate the imagination of users, and allow it’s openness to interpretation. 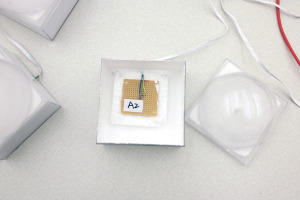